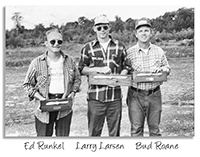 Our club first organized in 1970 under the name The Minutemen R/C Club which was named after a local hobby shop located in Keyport NJ. Some of the original founding members include Larry Larsen, Bob Green, Charlie Wehler, Jack Hillman, Gene Cattani, Larry Cressman, Bud Roane, Rich Border, and Al Panzera.

In 1973, due to a falling out with the hobby shop owner, our executive board at the time decided to change our club name to The Jersey Coast Sport Fliers which was so named by Charlie Wehler after submitting the suggestion in a name change contest. 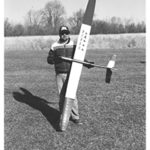 The Durand Conservation site in East Freehold, Thompson Park in Lincroft, and finally Dorbrook Park in Colts Neck where we landed in 1987 and have enjoyed flying from ever since.